FreePort is no longer supported and may not work well with your computer. 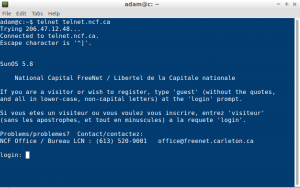