This article is aimed at people still using Windows XP after 8 April 2014 when all support ended, explains what the risks are and offers some solutions.

As Microsoft announced many years ago Windows XP support ended on 8 April 2014. This means there are no more security updates for Windows XP and new vulnerabilities go unaddressed.

Because Windows XP still has a user base in August 2014 estimated at between 10-14% of all operating systems worldwide it remains a large target for exploitation. Since the end of support in April 2014 malware writers and criminals have been targeting Windows XP users, knowing that any exploits will not be corrected. There have been numerous reports of wide-ranging vulnerabilities being exploited. All of this means that Windows XP is no longer safe to use and cannot be reliably secured.

These days the choice of desktop computers is more limited than it was in 2001 when Windows XP came out as many people have moved to portable devices. If you are looking for new hardware you need to consider what form computer would suit your needs best now. 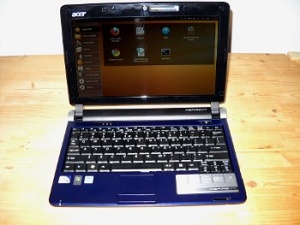 Desktop tower
Has the largest and most complete keyboards, mouse and is easy to set up with printers, scanners and other peripherals, usually connected by ethernet, although some modern ones support wifi.
Laptop
More portable, usually connected via wifi, enables you to work in your living room, bedroom, etc
Netbook
These were very popular a few years ago and there are still a few models available, essentially a small laptop, with a scaled down screen and keyboard.
Tablet
Smaller and lighter than a laptop, but lacks a real keyboard. Most people use these for watching video more than for writing on
Smart phone
These are really small computers more than phones and may be handy due to their portability, although their keyboards and screens are small. 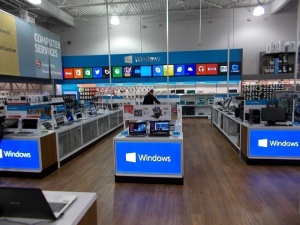 This is Microsoft's officially preferred solution for you. A new desktop tower or laptop running Windows 8.1 will cost $450 and up. These are generally available at all electronics stores that sell computers.

In general computers that came with Windows XP will not run newer versions of Windows due to slow processors and lack of RAM. Used computers running Windows 7 are available at most used computer outlets, like FactoryDirect.ca in Ottawa for $100 and up.

Apple Macs are in general better protected against malware than Windows computers are, but they are more expensive. Desktop and laptop Macs start at about $1200. Macs are available at dedicated Mac stores in Ottawa and some electronics stores that have in-store Mac shops.

Google Chromebooks have been on the market for a few years. These simple computers are Linux-based and primarily run the Google Chrome web browser. Most document processing tasks are carried out using Google Drive (formerly called Google Docs). There main advantages are that they are well protected against malware, require little outside technical support or knowledge, update automatically and, for people with simple computing needs, may provide a cost-effective and safer computing experience. Chromebooks start at about $270.

Some computer vendors, such as Dell, System76 and others build new computers that come with Linux-based operating systems, such as Ubuntu pre-installed. In general these have to be ordered through web sales. Linux-based systems are better protected against malware, more stable and these days are easy to use.

Pretty much all Linux-based systems will run LibreOffice, a free software office suite similar to Microsoft Office, that enables you to edit, create and save the usual Microsoft format documents, like .doc, .docx, xls and .ppt files. Here is a comparison of LibeOffice features versus Microsoft Office. 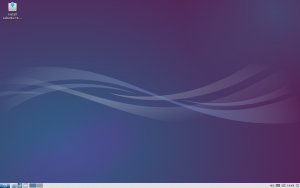 You can pick up a Lubuntu DVD at the NCF office or download the ISO file from lubuntu.net and burn it to a DVD yourself with an ISO writer. You can try it out as a "live CD" before you install it. You can install it in place of Windows XP or along side it, choosing which system to use on reboot. 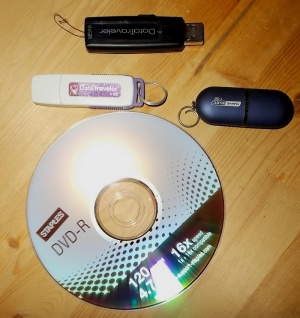