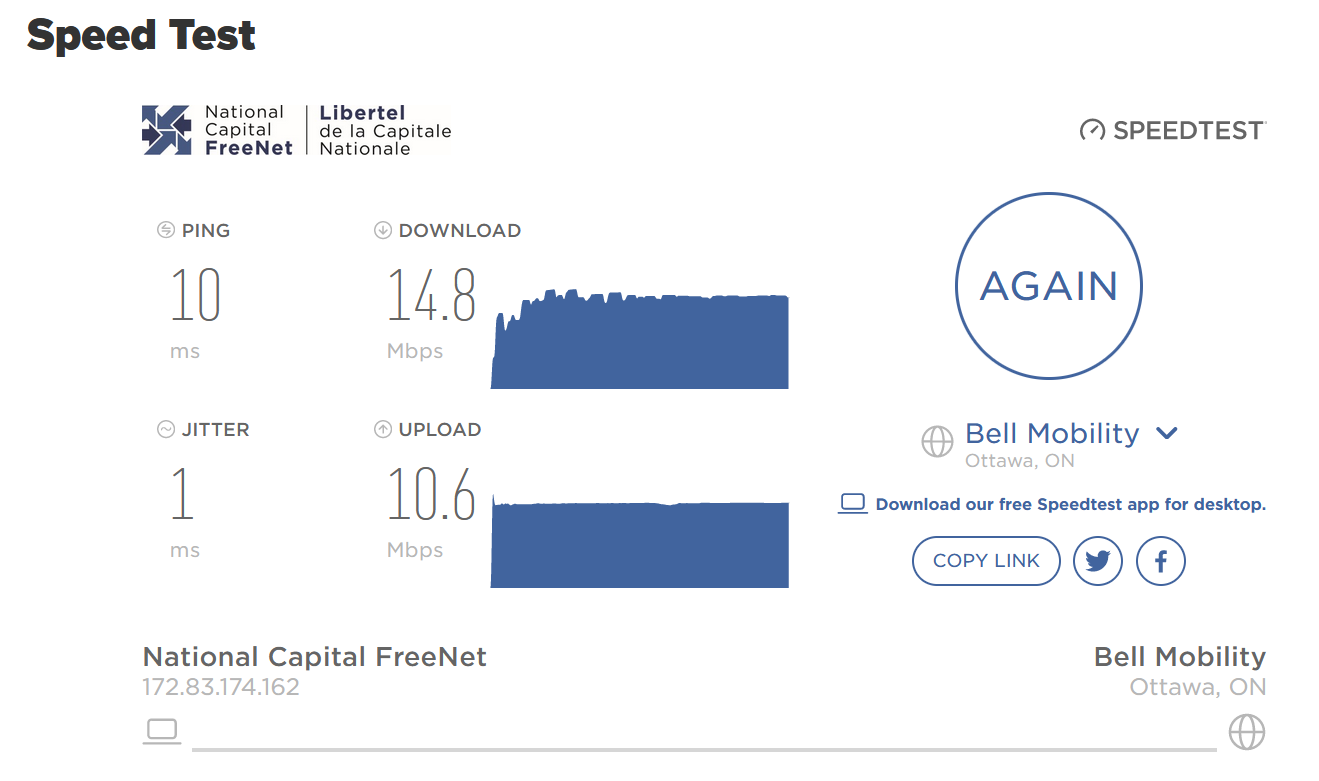 A speed test from speedtest.ncf.ca 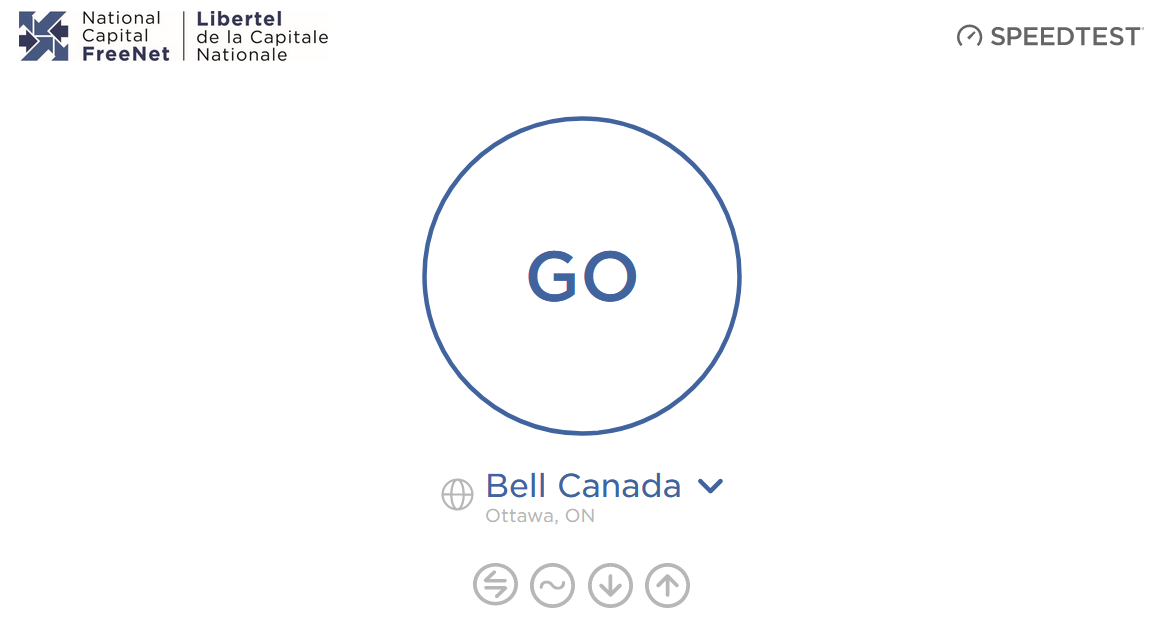