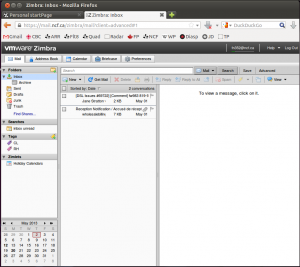 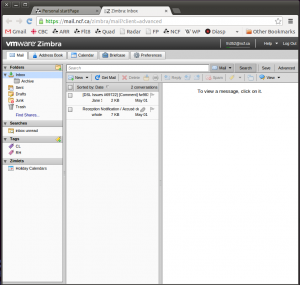 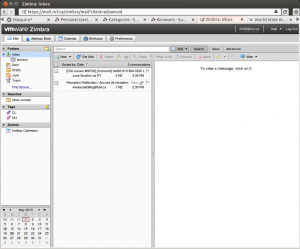 Browsers are software applications used to view webpages. They are used on desktop computers, laptops and mobile devices, like tablets and phones, as well. This article gives some guidance on choosing a web browser.

Development of Internet Explorer was discontinued by Microsoft and version 11 is the last version released. It is not recommended for use.

NCF members have reported problems with IE11 and Zimbra version 7 as well, not rendering page menus correctly and other similar issues. According to member reports Zimbra 8 seems to work better with IE11 although it may be necessary to add https://mail.ncf.ca to "trusted sites" and also add it in Tools→Compatibility View as well.

Because these are older, unsupported versions, they will not have patches issued and thus can no longer be used. If you are using IE10 or earlier switch to using a different browser to protect your computer from being compromised.

April 2018 compromise of all versions of Internet Explorer

In April 2018 Naked Security reported that all versions of IE had been compromised by a "double kill" vulnerability. With all versions of IE no longer supported by Microsoft it is unlikely that they will be fixed and so the only action that can be taken is to not use this browser any longer.

Microsoft Edge is Microsoft’s new default browser for Windows 10, first released on 29 July 2015. It replaces Internet Explorer. It can only be used on Windows 10 and cannot be used on earlier versions of Windows. It incorporates some improvements over IE 11, including support for add-ons and HTML5 standards. Edge includes an integrated Adobe Flash Player and PDF reader. Edge is closed-source, proprietary software.

Edge has not proven very popular among users and by December 2017 had only a 1.9% share of the browser market.

Most of these listed browsers have add-ons available to make internet use safer. Some browsers, like Firefox (since version 57) and Web (Epiphany), include features like ad-blocking natively, without add-ons.

The use of Adblock Plus and Ghostery will greatly reduce the number of opportunities to download malware and so installing these two add-ons is highly recommended. Find them at: